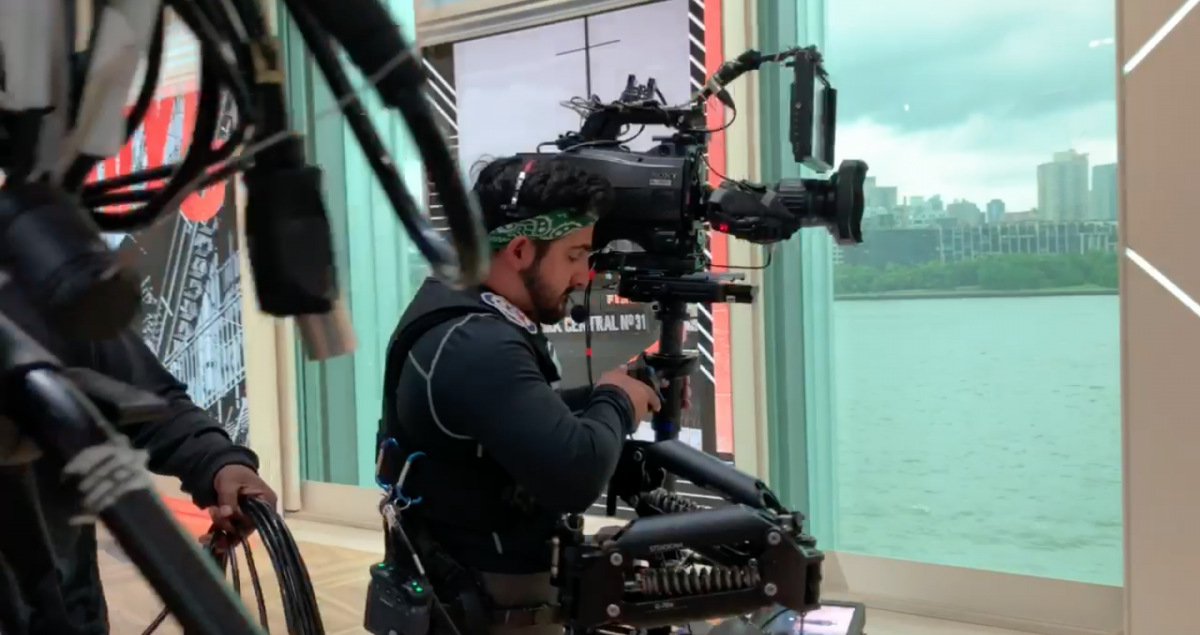 Matthew L Perez earned his Bachelor’s of Science in Film from Full Sail University. Upon completion of a post-undergraduate internship at AbelCine Tech in NYC, he became a professional freelancer for the past eight years in the Film and Television industry. Matt is a well-versed Steadicam Owner/Operator, as well as a proud member of the Steadicam Operator’s Association (SOA). His experience expands in both narrative and commercial fields as well as in live television having worked as a camera utility and operating Steadicam on some shows for Good Morning America. He is currently operating Steadicam on Shows for ESPN’s First Take and occasionally on Get Up!

It’s been a while since I’ve posted anything a

Dennis Rodman came to the First Take studios the o

Fun day in the Get Up studios! Days are getting cl

A throwback Thursday to a hard mount setup for a c

Steadi on standby on the Hudson. Last day of shoot

In my downtime I learned a bit of soldering. Manag

One take oner for the short film "Receding". Flyin

I had a great time working on the set of "WHTAOO"

Highlight of shooting in Times Square this past Mo

That's a wrap! Had a blast filming back at my old

There has been a problem with your Instagram Feed.
≡